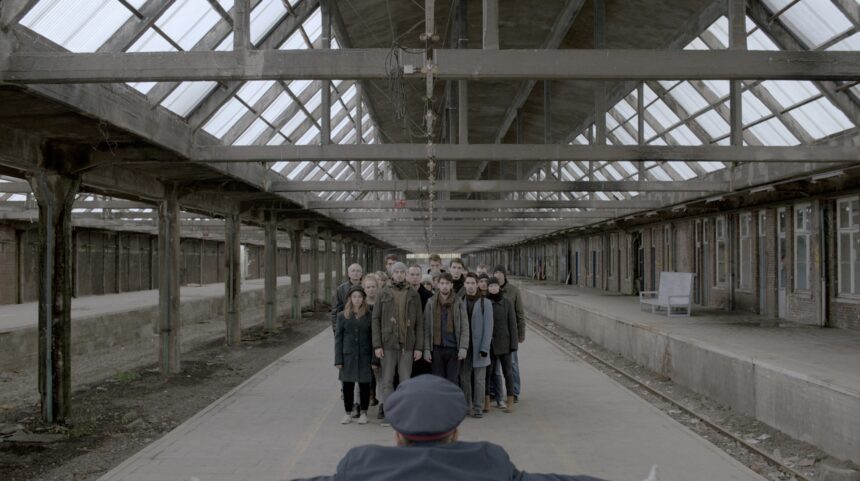 Pien is a story about a little girl playing on the street. She encounters a strange man but seems to have no fear of him. Joris van den Berg directed this film and wanted it to look simple, sunny and warm but with a slight ‘unheimisch’ feel to it.

Shooting available light we choose to make as much of the sun as we could. This meant waiting and waiting for exactly the right angle. A was a bit of a gamble but it worked out great. The stranger looks quite mysterious and the little girl can hardly see him. This adds to the feeling something isn’t right.

Shooting with Cooke lenses ensured a beautiful flare. Working with big butterfly’s and mirrors helped us achieve a consistent look during the whole day.

A thriller written by director Vincent Fitz Jim about two sisters. One of them goes through great lengths to get what she wants, even if it means hurting her little sister… Shooting indoor and outdoor with a tight schedule worked out fine with the help of a great crew.

We wanted the film to have a very specific look. Clinical and glossy, but also dark in the shadows and filled with the color of hate: green. We choose to create a almost ‘monochrome’ look to have full control over the feeling of the images.

We opted for ARRI Ultra primes because they tend to be a bit more clinical and sharp. Lighting the actresses quite soft makes them look harmless at first glance. By adding the ‘green’ feel to it in color correction with the Nucoda Filmmaster we finalized the look for this film.

Uitgesproken is about two friends. One of them explores his sexuality and finds himself to be gay. His best friend has to cope with that fact and that doesn’t come easy…

Making a film for adolescents makes you realize you have to make extra clear which story you are telling. We wanted a unique look without it being distracting from the story that had to be told.

Telling the story as simple as we could in terms of shots we laid emphasis on atmosphere, color and location. We chose to shoot with one of my favorite setups: the Arri Alexa with Cooke’s. That way we had a ‘blank canvas’ and where able to make the most of the available light.

A slightly eerie fairytale told by director Ellen Blom who loves to work with strange personas and weird worlds. No words where used so the story had to be brought alive by images. Although it’s not my first interest I decided to also produce this film because I felt it had to be made.

The film starts off quite light en colorful. With emphasis of the beauty of the forest and it’s inhabitants. Later on the film gets darker and less saturated and you get the feeling something is not quite right…

Working with moderate focal lengths in he first part of the film and then, when the story unfolds, making good use of the wider and longer focal lengths and evolving from heavily gripped shots towards more handheld work, the viewers get an ‘inside’ look in Rudolf’s head en go slightly mad with him.

Daniël is a poetic 8 minute film wich tells the coming-of-age story of a teenage boy who finds his first love on a summer day. The boy meets a girl but finds himself attracted to the girl’s brother. A small love story unfolds. Like in a dream the reality of the surroundings disappears, leaving the mysterious beauty of a sweet memory.

We didn’t want to use any words. Telling the story as simple as we could and creating an atmosphere that would suit the story. Leaving room for the actors to act and supporting them with a unique look.

Only using fixed frames, as few as possible, working with available light as much as we could. Using the ARRI Alexa’s maximum latitude and the nice flaring capabilities of Cooke lenses. The film was awarded with ‘Best Cinematography’ at the Shortcutz Festival Amsterdam 2014 in EYE Amsterdam.